They Call Them Historically Hardcore and I Like Them

Current Artists:
A couple of high school kids put together the following: 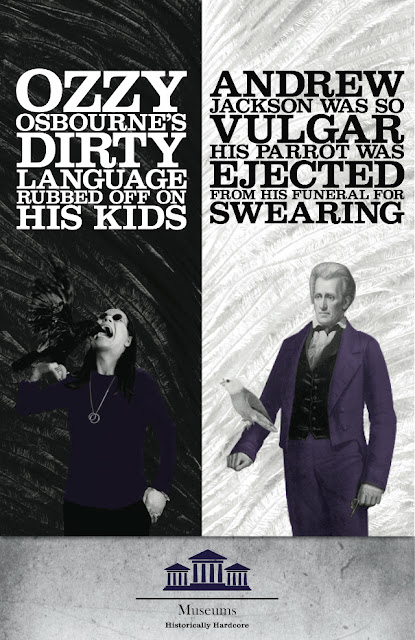 You can view the other images in this series here. 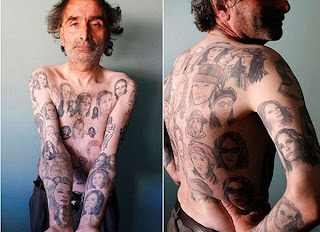 Comb my hair and shave before the photo shoot?
Nah, people might think I was normal.
The full article  series of weird pictures about this man who has 82 tattoos of Julia Robert's face is here.
Posted by T. Roger Thomas at 9:22 PM 7 comments:

Apparently, a UK theater group has brought their act to the Big Apple for a performance titled "Sleep No More".  Ticket holders play the role of ghosts who get to explore rooms decorated with dark and mysterious contents while wearing plague era doctor's masks. 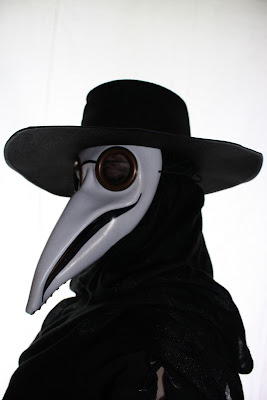 What interests me about this is that the performance combines Shakespeare with   The title is pulled from a line by the Bard from  MacBeth, which apparently is where some of the narrative that makes up this performane piece comes from. 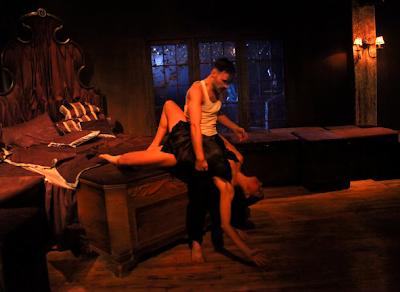 Here are the lines spoken by the eponimous MacBeth in Act II, Scene II of Shakespeare's play from which the title of the current performance originates:

What do you mean?


In this passage MacBeth tells his wife that he heard voices crying out about the murder they conspired to commit.  Now we have a modern day performance that takes its title from the delusions of a murderous


The performance is immersive, allowing participants to explore rooms filled with xxsx, xxxx 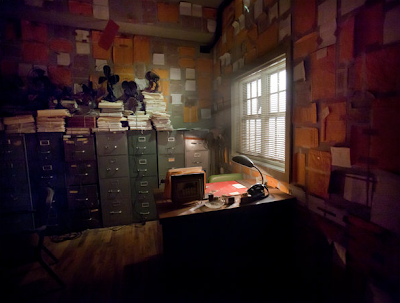 Five Ways of Robbing Me of Money for my Blogging Efforts

These are interesting to look at: 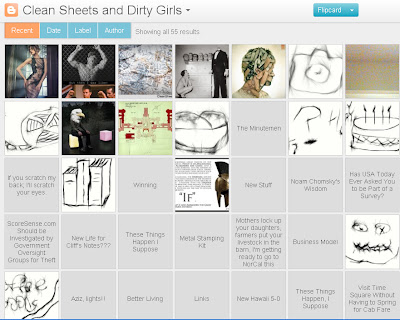 
But as far as I know my AdSense account gets no love when people view these things.  So unless I'm mistaken don't spend a lot of time looking at these please.  I am in this for the money.
Posted by T. Roger Thomas at 9:56 AM No comments:

Email ThisBlogThis!Share to TwitterShare to FacebookShare to Pinterest
Labels: Blogging, Interesting to Look At, Theft

Something About this Photo Seems Fishy

During the Knightly News broadcast that aired on Monday, August 11, 2014, a brief report aired on humpback whales being spotted just off the coast of Rockaway Beach.  Here is the full video.  Here is a screen cap from that report: 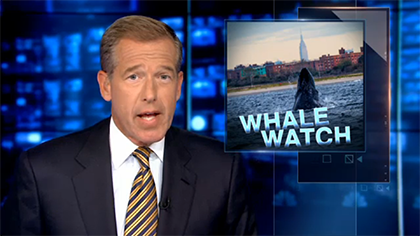 The full video is only 27 seconds long


This article published in The Guardian on Sunday, August 10, 2014, the day before the Knightly News piece, covers the same topic and provides more details about the origin of the whale photo used in both reports.

Based on The Guardian article, I was able to find the source of the photo used in both the Knightly News broadcast and the article from The Guardian.

My beef (or, salt-beef to keep up the pirate theme) with the Knightly News regarding their coverage is that it implies the photo taken near Rockaway Beach of the humpback whale with the Empire State Building in the background was taken very recently when, in fact, it was published online in September of last year.  I shared this with a few people last night.  One person replied that it appears the staff of the Knightly News got "lazy".

(chorus)
Time to finish this with a sea chantey
Please forgive rhythm, meter and rhyme
Showed my work around and consensus be
The Knightly News staff must'a got “lazy”
Implying photo taken recently
Internet research allows one to see
Whale pic taken in 2013!

TL;DR: I make the argument that a major television news broadcast may be misleading viewers.
Posted by T. Roger Thomas at 11:39 AM 1 comment:


Here is a video from YouTube that relates to cybersquatting:


Here is the link to the page on the BBC site where there is a five minute long video on cybersquatting that I can't easily embed in this page.

Perhaps in the Summer We Will All Be Happy Again

In the meantime, we can all hold out hope for a better future.  In order to prepare, here are some of the things I'm looking forward to doing when the weather and my situation improve.

Recently, I did some reading on the topic of rooftop gardens.  The following is a list of some of the suitable places to install a rooftop garden:

Here are some of the herbs that the books I have read on this topic suggest planting on a rooftop garden:
Posted by T. Roger Thomas at 11:12 AM 1 comment:

I wrote a batch command designed to create ten folders: one for each of the ten major categories of the Dewey Decimal System.  Inside of each of these ten folders resides one hundred folders that correspond to each of the sub groups of the dewey decimal system.

Basically, the code consists of a big long series of make directory commands that look like the following:

I realize there might be a more elegant way to accomplish the same thing using -p but what is done is done.

I thanks to the University Library at the University of Illinois at Urbana-Champaign for publishing the entire Dewey Decimal System's structure online here.
Posted by T. Roger Thomas at 4:16 PM No comments:

Credit goes to TechHead74 at this location for the following tip, which allowed me to quickly create a large number of folders.

Hi everyone! So I did find an answer to my question. I used the format that Steve provided for a while until I recently found a much better and easier way to do this. Below is an example. You can change it for your own purposes later.

1.) Create a root folder in which you want your other folders to appear.
2.) Open Notepad.
3.) Save your blank Notepad document as dir.bat.  Exactly like that (minus the period at the end of bat, of course).
4.) Within the dir.bat document, write the following:

Notes:
- you can replace the test1 files with the names of the files you want to create
- to create file names with spaces put them in quotation marks. For example "md test 4"
- if your file folder has a name with spaces in it, put quotation marks around it. For example, md "C:\Users\jane doe\Desktop"
- to create a sub folder put a slash there. For example, md test3/graphics.
- double clicking the file is the same as running the file. If you want to edit the file right click the file and select edit.
Posted by T. Roger Thomas at 3:10 PM 2 comments:

T. Roger Thomas
This site is curated by T. Roger Thomas, a bearded man possessed with superior intelligence having lived 30 years who currently resides in Southern California. I follow advances in computing, technology, world affairs, the struggle of the middle class in America, famous authors, computer programming and well designed things. On this site I share those things I come across that make me want to scream, "WHY DID I NOT KNOW ABOUT THIS BEFORE!?!" I also like carne asada burritos. To follow my blog is to sample the sweet nectar of the gods. TL;DR: You should really follow my blog and help make me rich and famous. If you're content is good, I'll try and do the same for you.